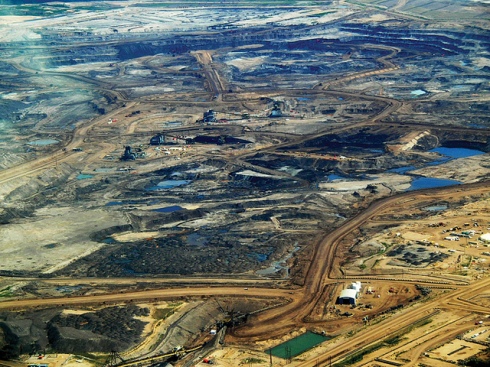 Western scientists* are proclaiming the start of a ‘sixth mass extinction event’ that may involve the destruction of more than three quarters of earth’s currently-existing life forms. In their attempts to explain this phenomenon, most scientists have converged around four major, interlinked drivers: climate change, habitat destruction, species exchange, and the direct killing of plants and animals. In most cases, these drivers are understood as the unintended consequences of generic ‘human’ activity, and as a result of desirable trends such as development or urbanization (Wilson 2002; Barnosky 2014; Ceballos 2016).

A crucial driver is missing from this list: transversal structural violence against Indigenous peoples and their relations, and colonial violence in particular.

‘Structural violence’  involves systemic forms of harm, exclusion and discrimination that disproportionately affect particular groups, and which can take many forms (physical, psychological, economic, gendered and others). They are embedded in and expressed through political, cultural, economic and social structures (Farmer 2009) that can persist across large spans of time and space. I use the term ‘transversal’ to refer to forms of structural violence that extend across multiple boundaries – not only those of nation-states, but also other kinds of nations (human and otherwise), communities or kinship groups, and temporalities. Prime examples of transversal structural violence include: settler colonialism, colonial genocides (Woolford et al 2014); environmental racism  or ‘slow violence’, including toxification and pollution;  and complexes of sexual, physical, communal, spiritual and land-based violence associated with the extractive industries.

Each of these forms of violence is ecologically devastating, and their convergence in European projects of colonisation is even more so. Many formations of transversal structural violence are significant causes of the so-called ‘four horsemen’ of extinction mentioned above. For instance, ‘direct killing’ is carried out to clear land for settlement, and it occurs as a result of ecological damage caused by resource extraction. Settler colonialism, carbon-based economies and regimes of environmental racism also support forms of socio-economic organization (for instance, carbon and energy-intensive urbanized societies) that intensify climate change and increase habitat destruction. Meanwhile, colonization has played a significant role in the ongoing transfer of life forms across the planet – whether unintentionally (e.g. the transfer of fish in the bilge water of ships); as an instrument of agricultural settlement (e.g. cattle ranching), or as a deliberate strategy of violence (e.g. smallpox).

However, transversal structural violence is a driver of extinction in itself, with its own distinct manifestations. First, it involves the disruption or severance of relations and kinship structures between humancommunities and other life forms, and the dissolution of Indigenous systems of governance, laws and protocols that have co-created and sustained plural worlds over millennia (Borrows 2010; Atleo 2012; Kimmerer 2013). Second, the destruction of Indigenous knowledges through policies of assimilation, expropriation, cultural appropriation and other strategies undermines these forms of order and the relationships they nurture. Third, the displacement of and/or restricted access to land by Indigenous peoples interferes with practices of caring for land or Country that are necessary for the survival of humans and other life forms (Bawaka Country 2015). Colonial genocides embody all of these forms of destruction by killing or displacing Indigenous communities, undermining Indigenous modes of governance and kinship systems, systematically destroying relationships between life forms and erasing knowledge. All of these modes of violence weaken co-constitutive relationships between Indigenous communities, other life forms and ecosystems that have enabled their collaborative survival. This results in disruptions to ecosystems – and climate – that  Potawatomi scholar Kyle Powys Whyte (2016) has recently argued would have been considered a dystopia by his Ancestors.

In other words, transversal structural violence, and colonial violence in particular, are fundamental drivers of global patterns of extinction. It stands to reason, then, that responses to extinction that focus on managing endangered species or populations, or ‘backing up’ genetic material, are insufficient: they leave the structures of violence intact and may add to their power. Instead, efforts to address extinction need to focus on identifying, confronting and dismantling these formations of violence, and on restoring or strengthening the relations they sever.

Yet responses to global patterns of extinction are overwhelmingly rooted in Western scientific concepts of conservation – a paradigm that emerged within 20th century European colonial government structures (Adams 2004). Contemporary conservation approaches – from the creation of land and marine parks to the archiving of genetic materials – may exacerbate the destruction of relations between Indigenous peoples and their relations. For instance, conservation strategies often involve displacing Indigenous peoples from the land that they care for (Jago 2017, Brockington and Igoe 2006), or curtailing of processes such as subsistence hunting, fishing or burning that have enabled the co-survival of Indigenous groups, plants, animals and land for millennia. Meanwhile, ex situ and genetic forms of conservation (including zoos and gene banks) may violate these relationships by instrumentalizing or commodifying kinship relations. Increasingly popular conservation approaches based on Traditional Ecological Knowledge (TEK) approaches claim to center Indigenous communities and knowledges. However, they ultimately instrumentalize fragments of Indigenous knowledge systems (for instance, data on climatic change) to test or support Western approaches. As such, they leave the structures of colonization and other forms of transversal structural violence untouched, and may even exacerbate them.

All of this suggests that confronting global patterns of extinction calls for decolonization and other ethos that work to eliminate transversal structural violence – and I don’t mean this metaphorically. Enabling the restoration of relations that can enable the ongoing flourishing of life on earth will require the transfer of land and power back into plural Indigenous peoples and their distinct modes of sovereignty, law and governance (Tuck and Yang 2012). These relationships and forms of order have enabled plural Indigenous peoples and their multitude of relations to co-flourish for millennia, including through periods of rapid climate change, and they are needed to ensure the continuation of this co-flourishing. This means that decolonization is not simply related to global patterns of extinction: it is necessary to ensuring the ongoingness of plural life forms on earth.

This entry was posted on Friday, July 28th, 2017 at 1:52 pm and posted in anthropocene, colonisation and settler colonialism, decolonisation, ecology, extinction, genocide and mass violence, global ethics, harm, Indigenous, resurgence and survivance, violence. You can follow any responses to this entry through the RSS 2.0 feed.
« #colonial150
Decolonizing against extinction part II: Extinction is not a metaphor – it is literally genocide »

9 responses to “Decolonizing against extinction part I: extinction is violence”