Audra Mitchell is a settler scholar who lives and works on the Ancestral and treaty lands of the Neutral (Attawandaron), Haudenosaunee and Mississaugas of the New Credit (please see Honouring the Land). She currently holds  the Canada Research Chair in Global Political Ecology at Wilfrid Laurier University. From 2015-18 she held the CIGI Chair in Global Governance and Ethics at the Balsillie School of International Affairs   Audra is an Associate Professor at Wilfrid Laurier University, Canada, cross-appointed to the Department of Political Science, with adjunct appointments at the Department of Geography and Environment (Laurier) and Political Science (University of Waterloo). Previously, she was a Senior Lecturer (Associate Professor) in International Relations at the department of Politics, University of York, UK, a postdoc at the University of St. Andrews, and she completed her PhD at the Queen’s University of Belfast in 2009.

Some of Audra’s recent publications on these themes address white apocalyptic visions and BIPOC futurisms , Yolngu and other Indigenous accounts of outer space law , counter-narratives of extinction drawn from Anishinaabe, Haudenosaunee and Nêhiyaw legal orders, reflections on working as part of an Indigenous/non-Indigenous research collective , how the concept of ‘extinction’ affects international relations theory, and ways of re-thinking the meaning and subjects of extinction

Audra’s fourth book, (Bio)plurality: Global Extinction and Indigenous Resistance is under contract with the University of Minnesota Press. Learning from the work of contemporary Indigenous philosophers from multiple nations, it re-frames plant and animal extinctions and the ‘Sixth Mass Extinction Event’ in terms of multiple forms of global structural violence.

Audra is grateful to collaborate with land-based community leaders across the countries currently called Canada, Australia and the United States on two SSHRC grants: the Partnership Development Grant “Decolonizing Against Extinction” and the Connection Grant “Caring For Kin, Confronting Global Disruptive Change”. She is also honoured to work as a cofounder of the Creatures’ Collective, a group of Indigenous and non-Indigenous scholar activists from around earth who work to contest colonial scientific knowledges and to nurture rising BIPOC, LGBTQ2S+ and other marginalised scholars.

Earlier in her career, Audra’s work focused on how violence, security and global ethics relate to more-than-human beings.  Prior to that, she examined how large scale violence is embodied in and conduced by large-scale peace interventions. Her work in these areas  is published in : International Intervention in a Secular Age: Re-enchanting Humanity? (Routledge, 2014),  Lost in Transformation: Violent Peace and Peaceful Conflict in Northern Ireland (Palgrave, 2011) and (ed. with Oliver Richmond) Hybrid Forms of Peace: From the Everyday to Post-liberalism (Palgrave, 2011) . She is also the author of articles in Political Geography,  Security Dialogue, Review of International Studies, Millennium, Third World Quarterly, The British Journal of Politics and International Relations, International Peace-keeping, Alternatives and other international journals. From 2013-14, Audra was a fellow of the Independent Social Research Foundation. In Febrary – April 2014, she was a visiting fellow in the School of Political Science and International studies at the University of Queensland, Australia.

** If you would like to re-post or republish any work on this blog, please contact Audra for permission prior to doing so **

Some of Audra’s talks and broadcasts are available online:

“The Meaning of Extinction“,  The Philosopher’s Zone, Australian Broadcasting Corporation National Radio, November 2014. Read the blog about the broadcast here. 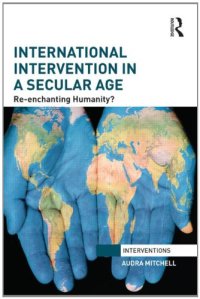 6 responses to “About the author”